Back to news
Network

On April 12th, children, NGOs and individuals around the world joined the CSC Network to celebrate the International Day for Street Children. This years theme was #CommitToEquality and we were asking governments to recognise that street children have the same rights as every other child and to reflect it in the laws and policies in their country. This follows from the launch of our ‘4 Steps to Equality’ campaign, which sets out the steps that governments need to take to make sure they are meeting their legal obligations to street children and giving them the support and services that they are entitled to. There were some fantastic celebrations, and we’ve included just a handful below. To see more follow our Twitter feed @streetchildren

Business in the Tanzanian Capital, Dodoma comes to a standstill as @streetchildren march to the District Commissioner’s offices to engage him on issues about their rights and opportunities #committoequality pic.twitter.com/Jludzylcnd

In Uganda S.A.L.V.E International published their annual News From The Streets newspaper, written by current and former street children in Jinja on this years theme.

BREAKING NEWS: The fifth edition of News from the Streets is here! This unique newspaper is written by children living on the streets of Jinja, sharing about their lives/ ideas.

In Bangladesh, the Dhaka Ahsania Mission marched with street children holding banners and drawings, to highlight the fact that Bangladesh’s Social Safety Net has to be expanded to include street children.

5 days after this years #streetchildrenday we’re still hearing about the fantastic celebrations that look place all over the world – including a #streetchildren march in #Bangladesh organised by @streetchildren member @DAM_UK @dambgd on the theme of #CommitToEquality pic.twitter.com/3imLxonvaD

The Local Education and Economic Development Organization (LEEDO) met with the children at Sadarghat in Bangladesh, and made banners for a rally that 30 children attended, asking for the government to recognise that all children should be given the same rights, including street children.

“We are the future”

“Street is not my choice”

Bahay Tuluyan in the Philippines held a Street Children’s Congress in February where street-connected children learned about children’s right issues and shared their stories using various art form, leading up to a dialogue on IDSC.

CHETNA in India organised ‘Street Talk’, live talks with 10 street-connected children and an audience of 300 people around the world who listened to them speak about the issues facing them. There was also a bicycle rally and an event organised with the local police to raise awareness on the day. 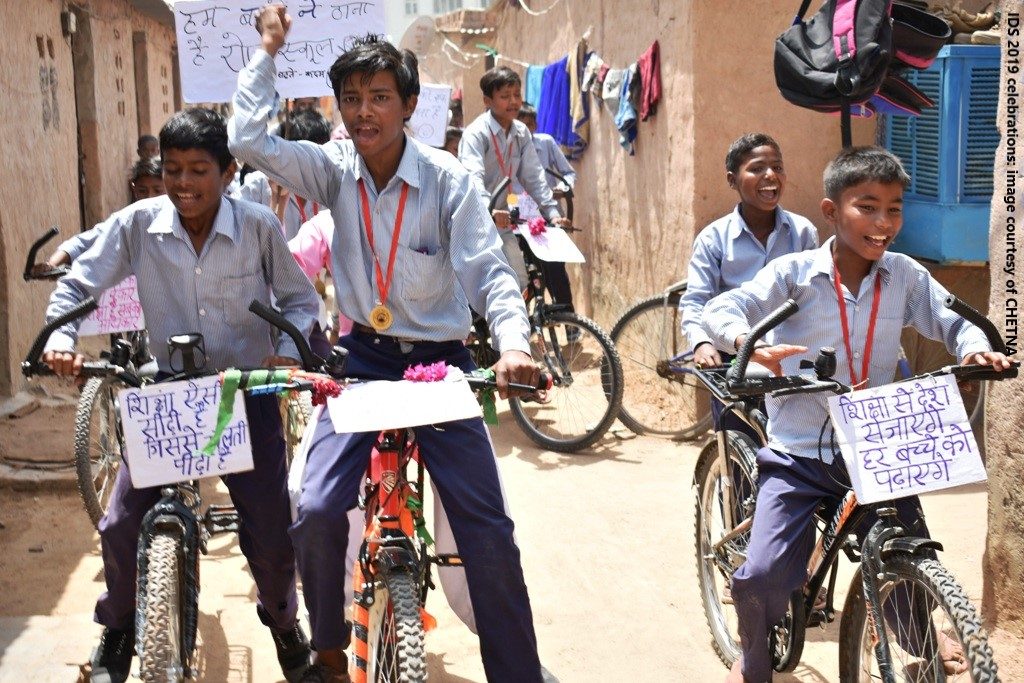 International Day for Street Children was marked by activities across 30 hotspots in #Mumbai wherein children in street situations were encouraged to voice their demands using drawings, poems and quotes. #CommitToEquality #TheInvisibles pic.twitter.com/uV3Vfn404a

5 days after this years #streetchildrenday we’re still hearing about the fantastic celebrations that look place all over the world – including a #streetchildren march in #Bangladesh organised by @streetchildren member @DAM_UK @dambgd on the theme of #CommitToEquality pic.twitter.com/3imLxonvaD

Happy #Internationaldayforstreetchildren. This year we are calling on governments all over the world to give street children legal ID so they can access services like healthcare and education #CommitToEquality pic.twitter.com/EUkybhjCCJ

Today April 12th is the International Day for Street Children, a special day recognising the strength and resilience of millions of street children around the world. Join us to recognise the potential in every street child. @streetchildren @mobileschool #streetchildrenday pic.twitter.com/ffKn1g9yIN