Back to news
Advocacy

To ensure children in street situations are included in States’ efforts to fulfil SDG 16, initiatives should adopt a child rights approach. One that emphasises full respect for street children’s autonomy and increasing their agency in decision-making.

SDG Goal 16 focuses on “the promotion of peaceful and inclusive societies for sustainable development, provide access to justice for all and build effective, accountable and inclusive institutions at all levels”.  The goal has 12 targets planned to be achieved by 2030. It is one of the goals the international community attaches most value to, often calling for laws that promote a more just society.

With the COVID-19pandemic, there is a risk of increased social instability and violence, which would jeopardise the capacity to reach SDG 16. Armed violence and insecurity harm a country’s development, hurting economic progress and frequently resulting in long-standing community resentments. Social inclusion is harmed by violence. Street children are hurt by the combined exclusion as they are marginalised from care as they are a group left unattended when violent situations arise.

What the goal means for street children 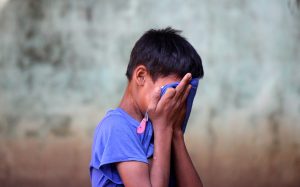 The effects of war and armed conflict on children are many and varied, and sometimes extremely complex and difficult to address. Children are the first to be affected by malnutrition and mortality. Their physical and mental health deteriorates. The breakdown of family, forced relocation, with or without their relatives, displacement and separation from their families, and orphanhood, etc; prevents children’s physical and mental health from developing.

Conflict disrupts socialisation and education, which can be a huge setback for their future. The violence and brutality they witness influences their values and attitudes. The long-term consequences can be very serious. Recruitment of children to act as soldiers in war is against their fundamental rights, as is torture, abuse, and detention. Destruction of hospitals, child-friendly facilities, clinics, schools, utility stations and shelters affects children— and those that aren’t destroyed suffer from shrinking budgets.

These are just some of the situations that children experience with conflicts around them. They suffer from another vulnerability on top of being a child as their situation robs them of being seen as rights holders and persons worthy of treatment and protection. When talking about peace-building, including street children must be seen as worthy of being part of it.

In a general sense, the question of the experience of children in peacebuilding leads to reflections on aspects of great relevance for the child population, which aim to make them feel included in the promotion of social and political transformations.

Within the goal 16 indicators, there are four that we believe are the most pressing for street children and the ones we will continue to push for more direct attention by decision-makers:

Target 16.2: end abuse, exploitation, trafficking and all forms of violence and torture against children.

Children living on the streets are vulnerable to various forms of abuse, exploitation, and violence. Violence and abuse (emotional, physical, or sexual) are both a cause and a result of many people’s ties to the street. However, due to widespread cultural stigma and prejudice in the legal system, abuses against street-connected children are still at best unreported, ignored, or not treated seriously. In terms of trafficking, vulnerable children may be trafficked inside or beyond national frontiers, to or from the street, for numerous reasons, including sexual abuse and labour exploitation.

Once in the street, children and youth are exposed to sexual assault and exploitation from their friends and adults on the street. Street children who have been sexually assaulted are frequently labelled (or fear being stigmatised), making them more hesitant to reintegrate into their communities. Their cultural and self-identity can be easily lost as the result of dissolving social ties due to conflict and emergencies. For street children, being close to armed conflict means seeing situations of violence, forced separation from their families and community, and permanent fear, with little to no spaces available for them to seek protection.

The recruitment of minors has a considerable value for illegal armed groups. Some families are forced to hand over their children under the threat of death. Minors recruited are subject to sexual violence, physical and psychological aggression, and cruel and degrading treatment. In  conflict zones, children and young people have a daily relationship with armed groups.

Target 16.3: Promote the rule of law at the national and international levels and ensure equal access to justice for all

Children in street settings experience discrimination in legal systems because they are perceived as being “out of place” on the streets. Begging and loitering are frequently criminalised, which means that children on the streets are constantly penalised for doing what they must do to survive. Street- connected children may be uninformed of their rights or unable to obtain access to a lawyer if they are detained, which often happens without reason. They may not understand the charges against them. They may be jailed or held in custody for long durations without being judged or sentenced; they may even be held alongside adults.

On top of being treated as criminals, street-connected children are highly susceptible to being victims of crime, including exploitation, assault, and sexual abuse. At best, these acts go unreported, are ignored, or are not being taken seriously. In the worst-case scenario, street-connected children are subjected to more mistreatment when they go to report. They can rarely count on adults for protection and frequently mistrust authorities and society. Street children’s unwillingness to report sexual abuse may also be driven by societal or cultural values, as well as shame.

Youth and children in street situations are commonly ‘invisible’ to all those making decisions about their livelihoods. In part, they’re often not present in houses or school systems, where most data about children are gathered. Or because they prefer to stay out of sight on the streets to prevent being harmed.

Since traditional data collection techniques are not fit to capture the realities of street children´s lives, they are excluded from the census that serves as the basis for state policy choices and the creation of interventions worldwide. No one knows how many children worldwide or in each country are in street situations, making for biased and incorrect estimates to be replicated continuously.

Decisions affecting the lives of children living on the streets are repeatedly made without their involvement, failing to recognise their abilities, perspectives, and desires, and limiting the fulfilment of their rights. Instead, strategies and interventions are founded on conceptions that portray children on the street as either “victims” in need of rescue or “delinquents” who only behave antisocially.

These unjust structures have allowed NGOs, donors, and politicians to pursue projects or strategies that fail to understand the realities of street-connected children and limit the enjoyment of their rights. As a result, programs become less effective. For example, as previously discussed, interventions focused on ‘rescuing’ children from the street with so little cooperation in decision-making from the child can´t provide long-term answers since they ignore the children’s views. 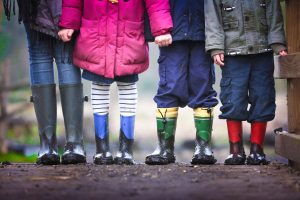 Target 16.9: by 2030, provide legal identity for all, including free birth registrations.

Many street children are unregistered or do not have access to legal documents such as birth certificates. In many countries, children are still unable to access essential services such as school or free health care and justice or family reunification, given the lack of legal paperwork.

Despite regulations prohibiting schools from denying children access to education due to a lack of proof of age, street children have regularly said in studies that they did not have the registration or academic certifications required to attend school.

Their families frequently lack social security cards, stopping them from benefiting from government assistance programs. However, there seems to be an increasingly growing understanding by States of the importance of assuring that all children are registered from birth to identify them and involve them in social security schemes. Having registrations also indispensable in case of emergencies, such as the Covid-19 pandemic, to identify the areas or zones where street children are most at risk of experiencing a spike in conflict and immediately start preventive actions. 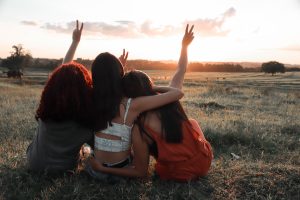 We know that it is highly unlikely that violence will ever disappear entirely and that societies will live peacefully in the immediate future. But we believe that it is possible to build harmony and a more just and inclusive society together.  That is why we are confident that we can continue to advocate for actions that are not entirely new but need to be accelerated. 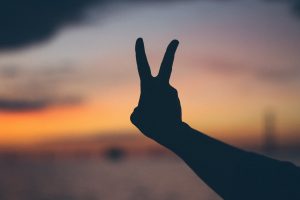 The role that children and adolescents play as agents of social change and peacebuilding is linked to the level of participation that they should have in the process, which is why civil society organizations and NGOs should promote spaces for debate, dialogue, and conflict resolution, providing children with tools that generate in them an exercise of social leadership as peacebuilders.

Peace is a way of life, allowing all members of society to realize their human rights. Peace is a product of human rights: the more a society promotes, protects, and fulfils them, the greater the possibility of stopping violence and resolving conflicts peacefully.