Street-connected children are often subject to abuse of various kinds. Police is the first point of contact on behalf of the state for such children, and it is essential that this force is specially trained to meet the needs of street-connected children. Through various measures, CHETNA ensures that police is sensitized to the concerns of children, are trained to pursue them through child-friendly procedures, and that police stations are protective and become child-friendly spaces.

Since street-connected children are often victims of abuse with minimal supervision, police is their first point of contact. Therefore, they must be aware of where the local police stations are located, what a police station looks like and how they can file complaints, if needed. Educational and exposure visits to the police stations are organized for street-connected children in their respective street locations. At every police station, children are taken around the premises, shown the various rooms and records, introduced to Juvenile Welfare Officers, and explained how police can help them in difficult circumstances. During most visits, children walk in scared of police. However, they walk out happy, assured and confident after the visit. 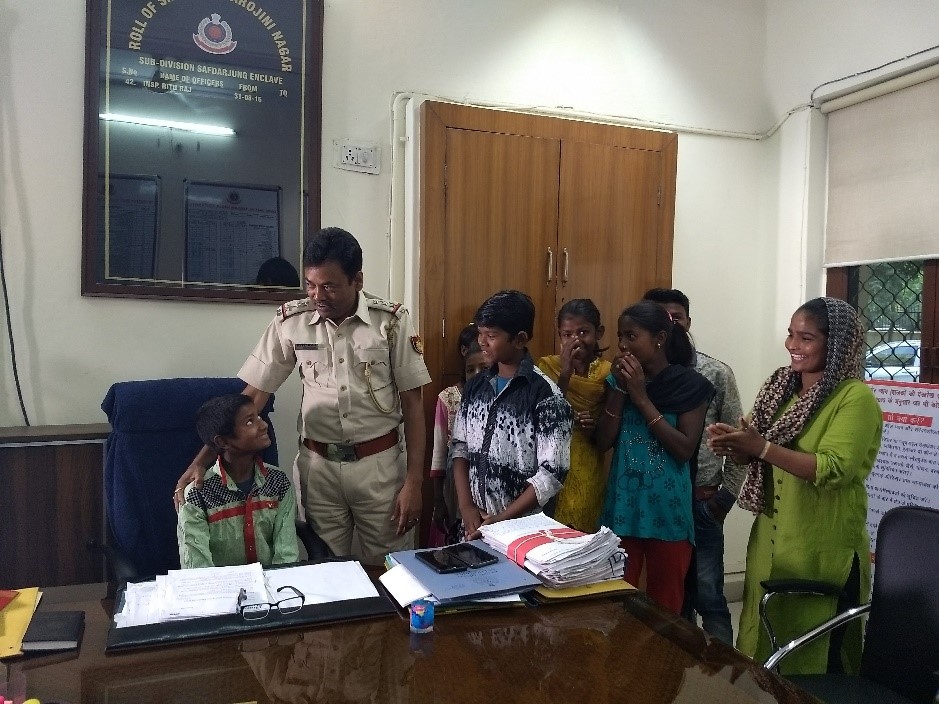 During a protection exposure visit to a local police station (Delhi) in February 2018, Raju* was given the seat of the SHO (Station House Officer) for ten minutes, when the child expressed his dream of becoming a policeman.

In addition to organising visits for street-connected children to police stations, local police officers are invited to street locations overseen by CHETNA as well. These interactions help break ice between children and police. Police becomes aware of the challenges that street-connected children face on a daily basis as they see them living or working on the streets. At the same time, children become comfortable with police being around. While earlier children would look away or try to run when they see an official in uniform approaching, they are now fearless and look up to the police as their friend. 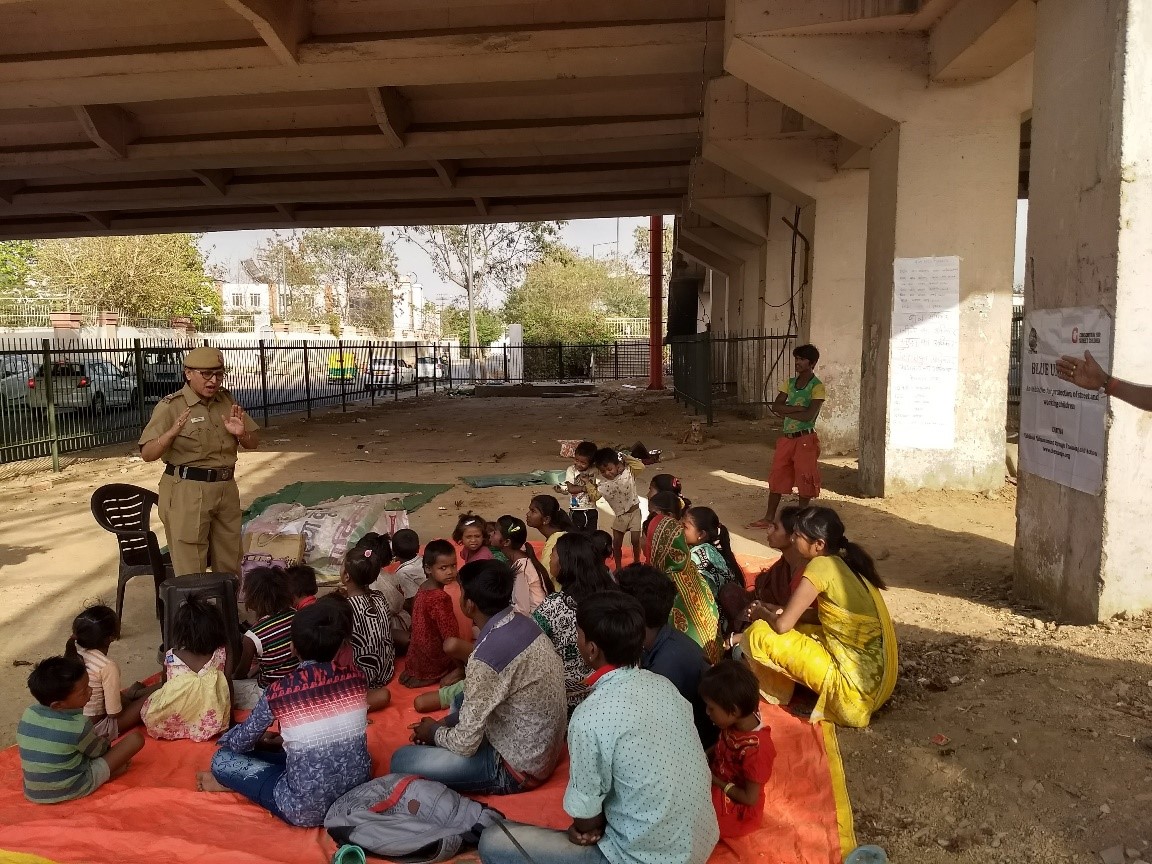 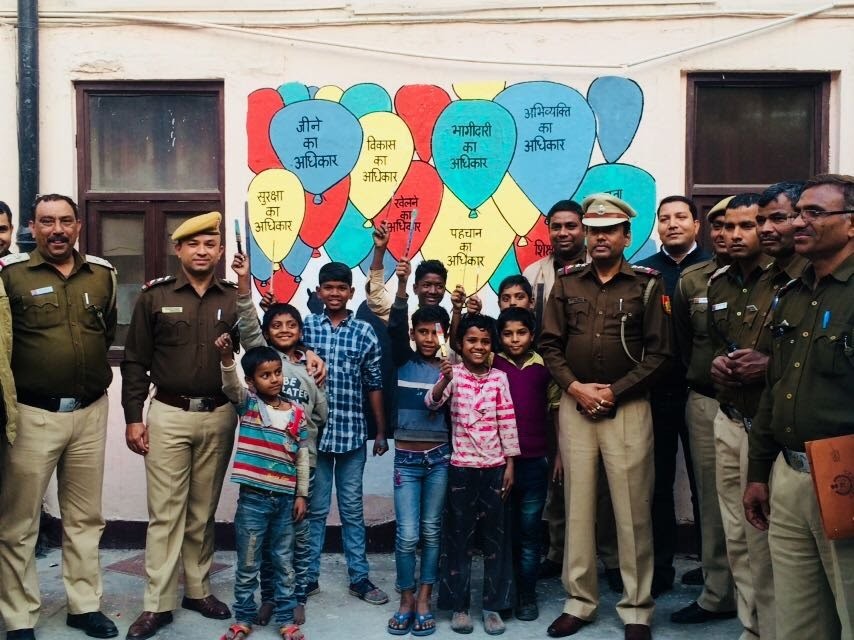 Police is Trained on Child-Centred Laws

Knowledge and awareness on laws relating to children are integral to creating a child-friendly police. Under this initiative, CHETNA sensitizes police on the various provisions of these laws and discusses their technical and practical aspects with the police. The focus is not merely on raising awareness on the contents of the laws, but also the means to make their execution child-friendly in nature. 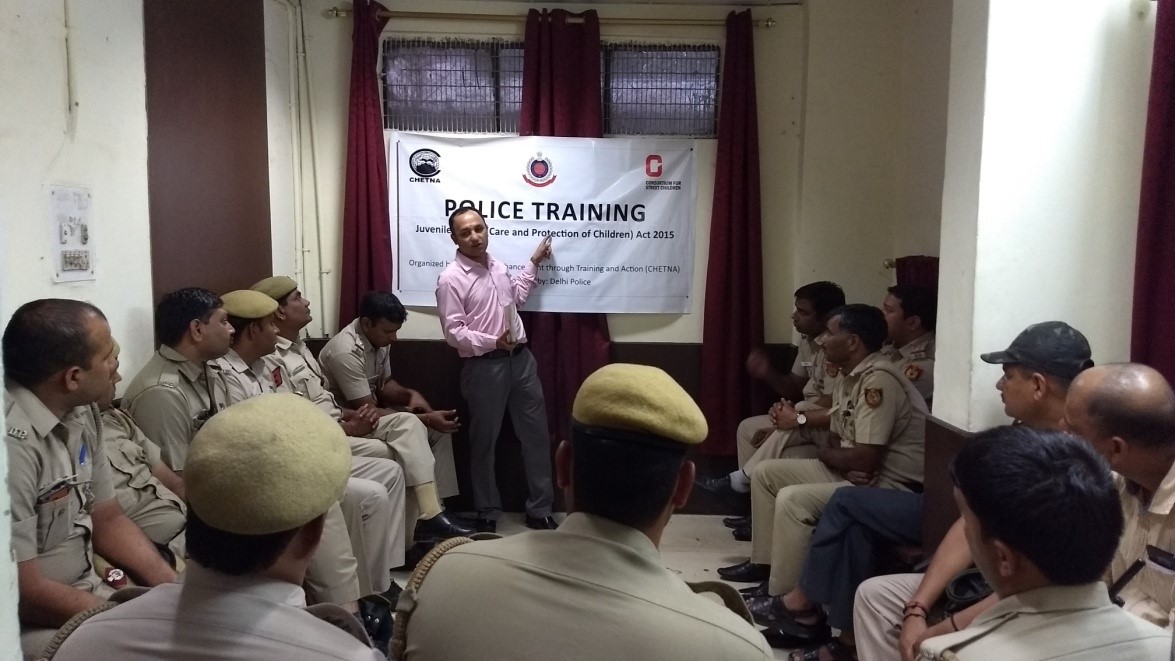 Training of police officials on Juvenile Justice (Care and Protection) Act 2015 at a local police station in October 2017, Delhi, India

Through this combination of approaches and activities, we have already begun to see behavioural and procedural changes towards creating child friendly spaces and relationships where children feel more at ease to express their problems openly to the concerned officers, as often they have nobody else to go to. Through these efforts, we anticipate that the initiative will benefit street-connected children at a larger scale, specifically, we hope that this intervention is picked up by other police stations at local and national level, until Delhi is declared a model city for child-friendly police.