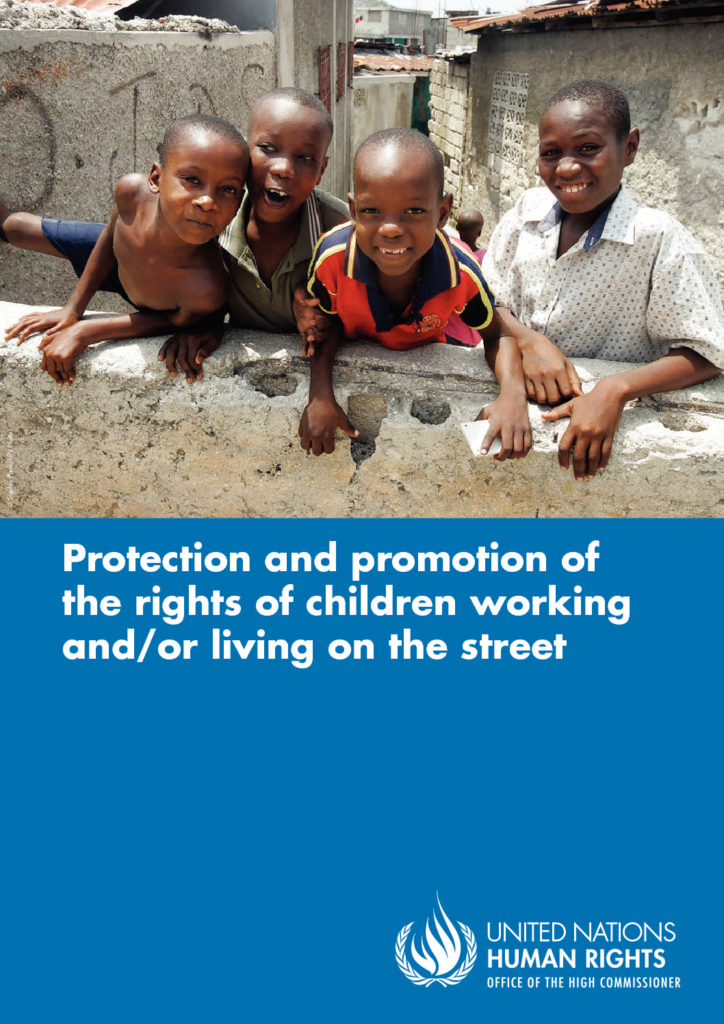 This report, prepared by the Ofﬁce of the High Commissioner for Human Rights (OHCHR) through a unique cross-sector partnership with the Consortium for Street Children, Aviva and the United Nations Children’s Fund (UNICEF), concludes that the number of children in street situations ﬂuctuates according to socio-economic, political and cultural conditions,
including growing inequalities and patterns of urbanisation. It recognizes that before reaching the street, children have experienced multiple deprivations and violations of their rights, which leads to them developing strong connections to the street.