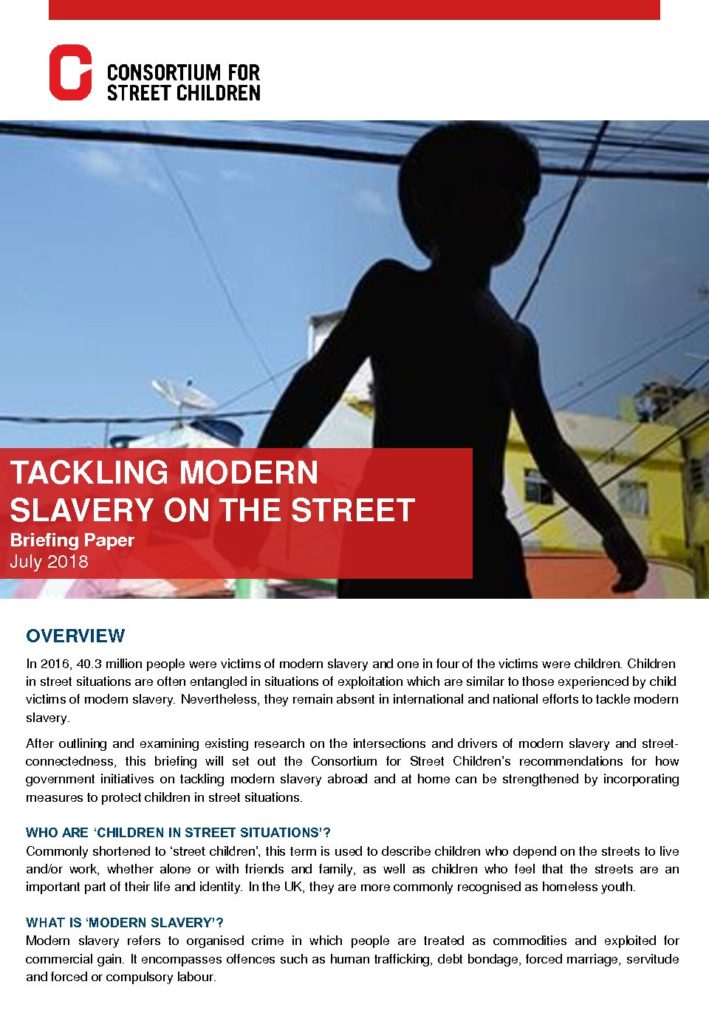 Tackling Modern Slavery on the Street

This briefing paper was presented to UK Parliamentarians on the 9th July 2018 at the joint All Party Parliamentary Group (APPG) meeting on Street Children and Modern Slavery.

This is not an official publication of the House of Commons or the House of Lords. It has not been approved by either House or its committees. All-Party Parliamentary Groups are informal groups of members of both Houses with a common interest in particular issues. This briefing paper was researched by the Consortium for Street Children with contributions from its network members.