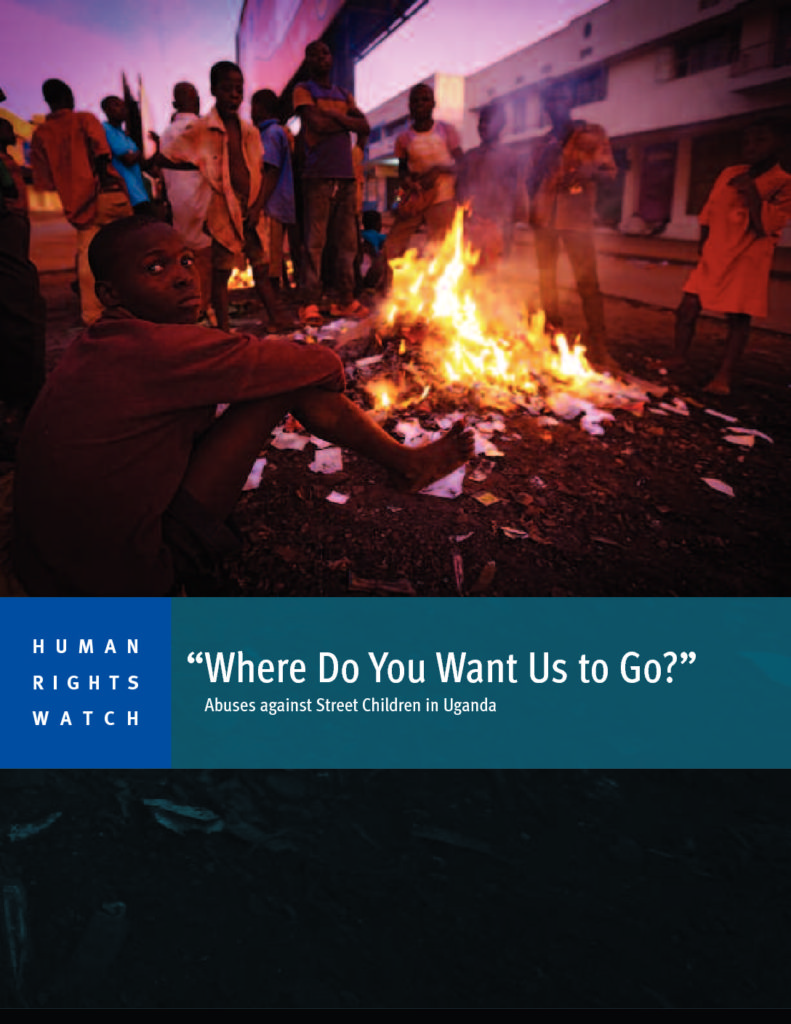 “Where do you want us to go?” Abuses Against Street Children in Uganda

Children living on the streets in the capital, Kampala, and throughout Uganda’s urban centers face violence and discrimination by police, local government officials, their peers, and the communities in which they work and live. Some left home because of domestic abuse, neglect, and poverty, only to suffer brutality and exploitation by older children and homeless adults on the streets. They often lack access to clean water, food, medical attention, shelter, and education.

This report is based on interviews in seven towns across Uganda with more than 130 current or former children who live or work on the streets, known generally as street children. It makes recommendations to the Government of Uganda to protect and promote street-connected children’s rights.