Back to news
Network

Associación Casa Alianza provides protection and advocacy for children and adolescents who live on the streets, are neglected, or are survivors of different types of violence such as sexual abuse, human trafficking, and sexual commercial exploitation, as well as drug use. CAN is one of only three shelters in Nicaragua that provides protection and care to at-risk youth, and the only one that also advocates and protects LGBTIQ+ youth.

CSC spoke to Maria Castillo, Projects and Advocacy Officer at CAN, to find out more about the work they do.

What is the situation like for street children in Nicaragua? 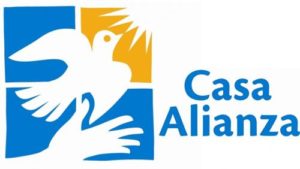 Girls, boys and adolescents can find themselves in street situations for diverse and complex reasons, and there are multiple causes. It can manifest itself with different profiles and associated problems such as: child labour (often in its worst forms), commercial sexual exploitation, violent behaviour, consumption or addiction to drugs and alcohol, transgressive behaviours, among others.

Teens and children living on the street are often excluded by our society, without access to optimal conditions for their development such as education, affection, a home, among others, and vulnerable to all forms of violence and exploitation. They are often stigmatised as delinquents, lazy, and addicts, thus making them invisible to accessing welfare programs and/or the justice system.

For the past two years, Nicaragua has been hit by an avalanche of crises; the first one being massive protests over social security, followed by the use of disproportionate and lethal force by the state to suppress these same protests, and now Covid-19. All which enable a continuous erosion of human rights, colossal unemployment, and even more gender related violence. The Covid-19 pandemic exacerbated the already existing precarious economic and social situation in Nicaragua, and made even more obvious the forgoing social inequalities for children, particularly those on the streets.

What does CAN do to support street children in your region?

As of September 2020, our program is one of three in Nicaragua that is promoted and referred by the Government of Nicaragua due to its integral approach. Moreover, we are the only program that is also inclusive, as we offer protection, residential care, and awareness to children and adolescent members of the LGBTIQ+ community.

How has Covid-19 impacted street children in Nicaragua, and the work that you do?

Visibly, the number of children living on the streets has increased as a result of all of the crises described above, and almost exclusively in urban areas, particularly markets, busy intersections, and bus terminals. There has been a surge in demand for our services, and unfortunately, there are less donors/ opportunities nationally and internationally that are willing to fund our work.