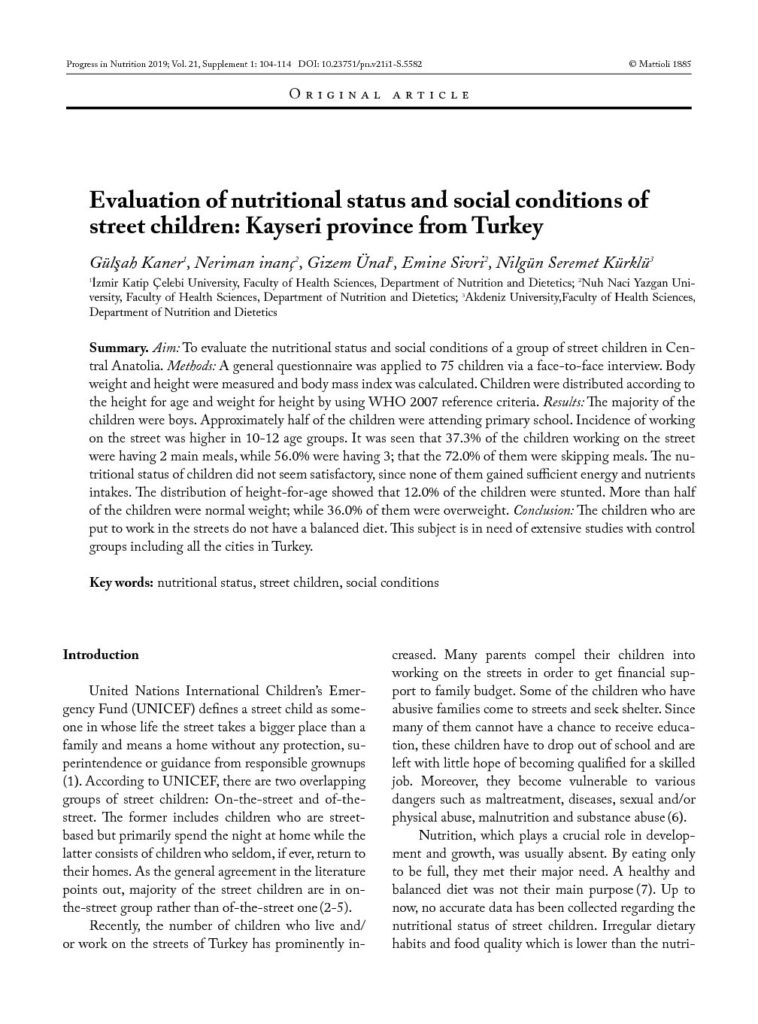 Aim: To evaluate the nutritional status and social conditions of a group of street children in Central Anatolia. Methods: A general questionnaire was applied to 75 children via a face-to-face interview. Body weight and height were measured and body mass index was calculated. Children were distributed according to the height for age and weight for height by using WHO 2007 reference criteria. Results: The majority of the children were boys. Approximately half of the children were attending primary school. Incidence of working on the street was higher in 10-12 age groups. It was seen that 37.3% of the children working on the street were having 2 main meals, while 56.0% were having 3; that the 72.0% of them were skipping meals. The nutritional status of children did not seem satisfactory, since none of them gained sufficient energy and nutrients intakes. The distribution of height-for-age showed that 12.0% of the children were stunted. More than half of the children were normal weight; while 36.0% of them were overweight. Conclusion: The children who are put to work in the streets do not have a balanced diet. This subject is in need of extensive studies with control groups including all the cities in Turkey.